Ash&#039;s Pokémon from Journeys: The Series to be distributed for Pokémon Sword and Pokémon Shield 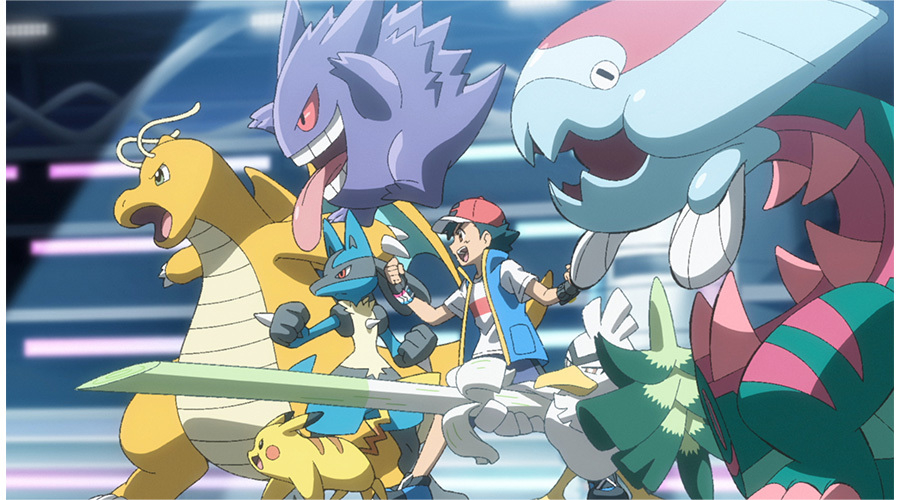 The Pokémon Company has announced that every Friday between August 12th to September 16th, a different passcode will be released during the Japanese broadcast of Pokémon Journeys: The Series (Pocket Monsters in Japan). These passcodes allow Trainers to receive 5 of Ash's Pokémon from the anime, Dracovish, Dragonite, Gengar, Sirfetch'd, and Lucario, via Mystery Gift in Pokémon Sword or Pokémon Shield.

The following is a list of Pokémon and the dates that they can be claimed in-game. The start dates are when the passcode will be shown during the show.
Ash's Pikachu, wearing the same cap Ash has in Pokémon Journeys: The Series, will be available via a separate distribution running between August 11th and September 8th. Codes for Pikachu will be physically distributed at film screenings being held in Japan as part of the Summer Memories GET! 25 years of Pokémon Film Festival (夏の思い出、ゲットだぜ！25周年ポケモン映画祭).
The Original Pokémon Wiki
40,000+ pages
Over 3m edits
Browse now
Community