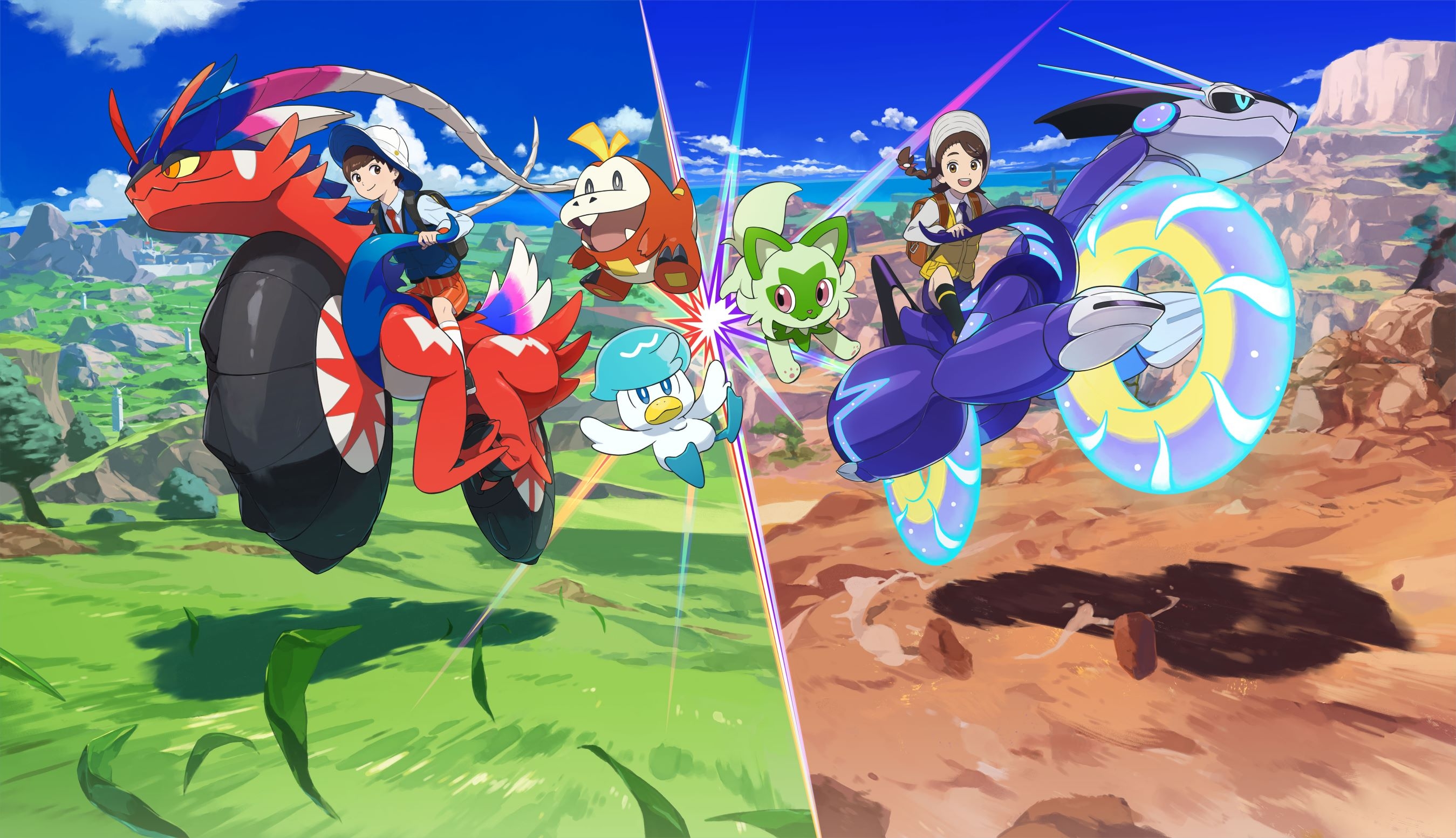 The Pokémon Presents presentation which aired August 3rd has revealed a raft of new information about Pokémon Scarlet and Pokémon Violet, with a little over half the run time of the video presentation being devoted to these highly-anticipated games. In this post, we'll give a wrap-up of everything revealed in the video, and in the updates to the official Pokémon Scarlet and Pokémon Violet website which went up after the video ended. 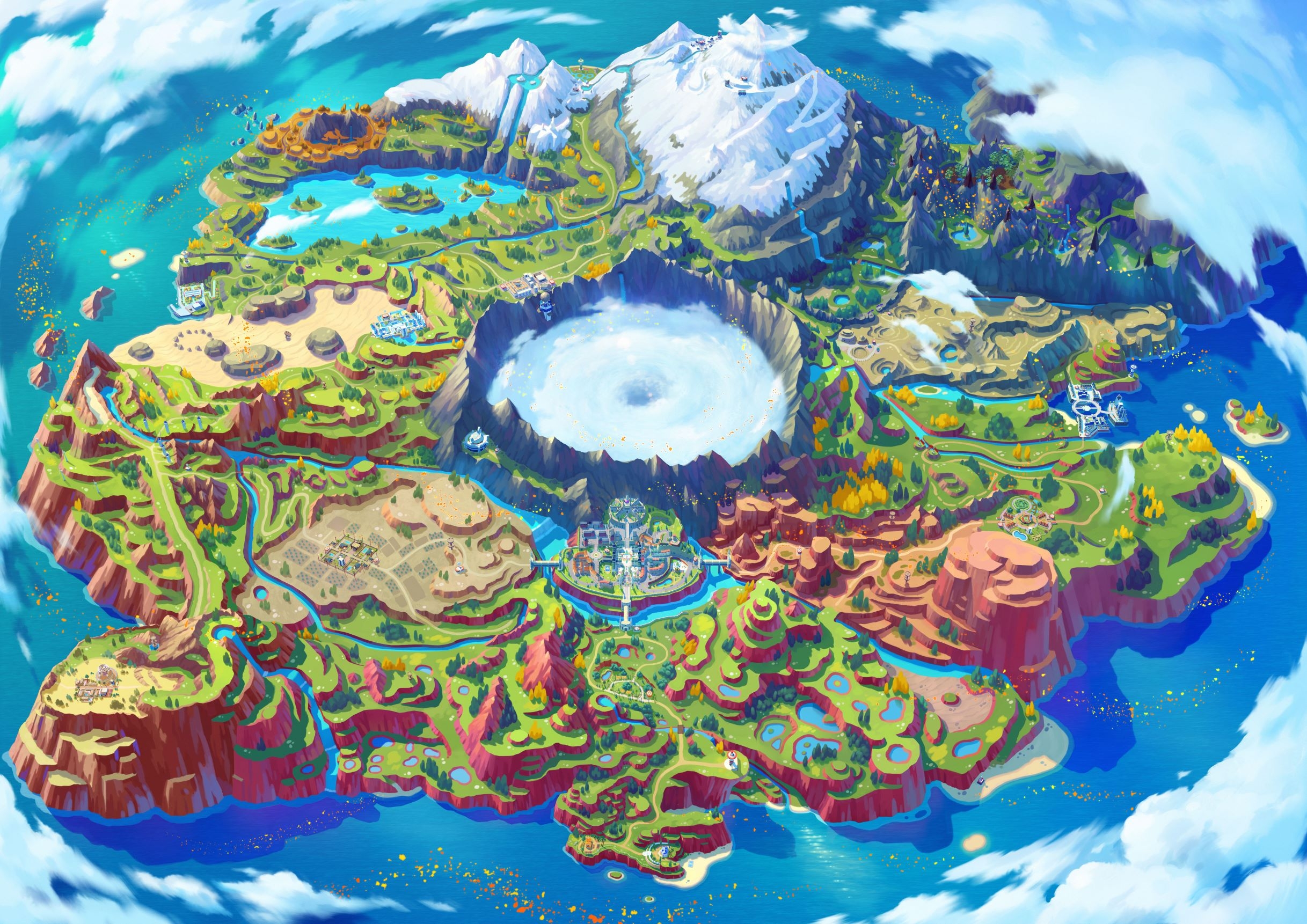 Region, Plot and General Gameplay:
Pokémon Scarlet and Pokémon Violet will take place in the Paldea region, which is based on the real-world Iberian Peninsula. Whereas in Pokémon Legends: Arceus, each area was its own separate and distinct map, Pokémon Scarlet and Pokémon Violet will be a true open-world experience, where players can explore an entire region of vast open spaces, with Pokémon able to be encountered not just in the wilderness, but also living together with people in villages and towns.

With the centrally located city of Mesagoza as their home base, players will set out as a student of either Naranja Academy (in Scarlet) or Uva Academy (in Violet). Together with their fellow students, they will engage in a special independent study project, the Treasure Hunt.

Three separate story paths will be part of the player's in-game adventures. Only one of these stories has thusfar received any significant detail, that being the traditional story of players challenging Gyms to achieve the rank of Pokémon Champion. Unlike previous games, players can challenge the Gyms in Scarlet and Violet in any order. As of yet, no details have been given about what sorts of scaling mechanics this might involve. 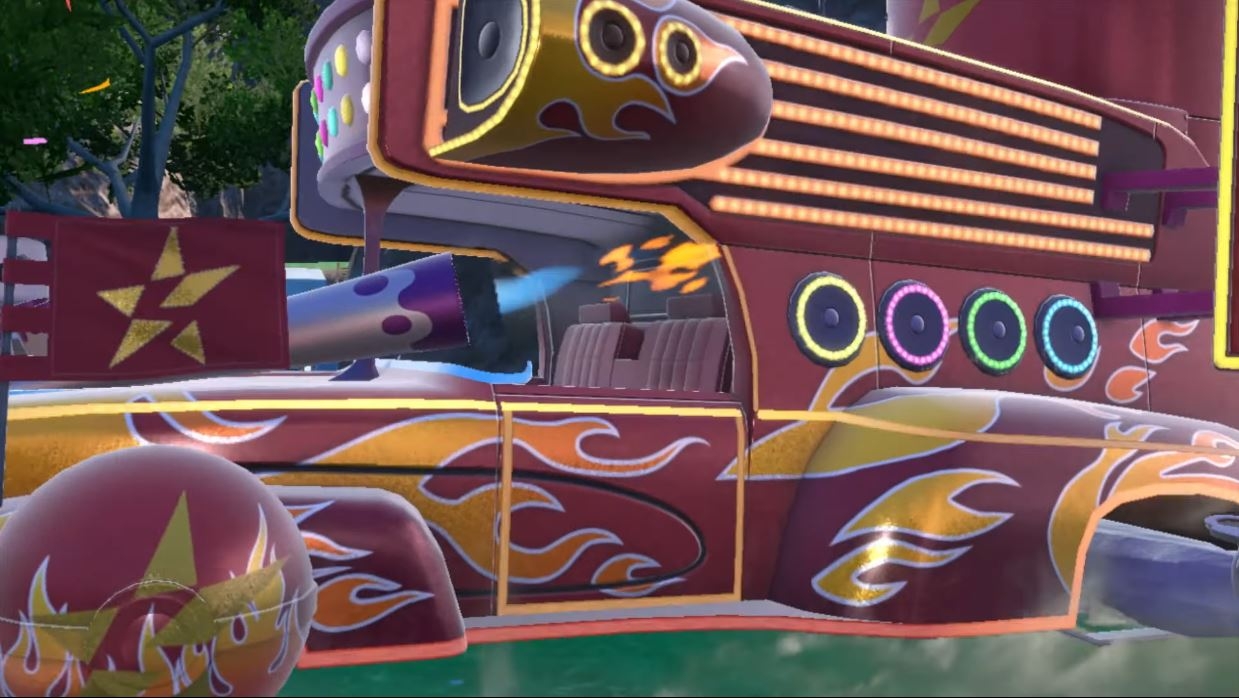 The other two story paths have thusfar only been hinted at by several images in the trailer and website. Going by these images, one story seems to be focused on uncovering mysteries surrounding the Terastal Phenomenon (see below), with images appearing to show the player character examining a crystal plant imbued with Terastal energy. The other story may involve the Paldea region's equivalent of an evil team, with the trailer showing a tricked out (and seemingly driverless) hovercraft painted with a flame motiff, flying a flag with a 5-pointed star symbol.

Terastal Phenomenon
Each new region introduced in the Pokémon franchise now seems to have its own unique quirk now, and it would seems Paldea is no different. This latest gimmick is known as the Terastal Phenomenon. 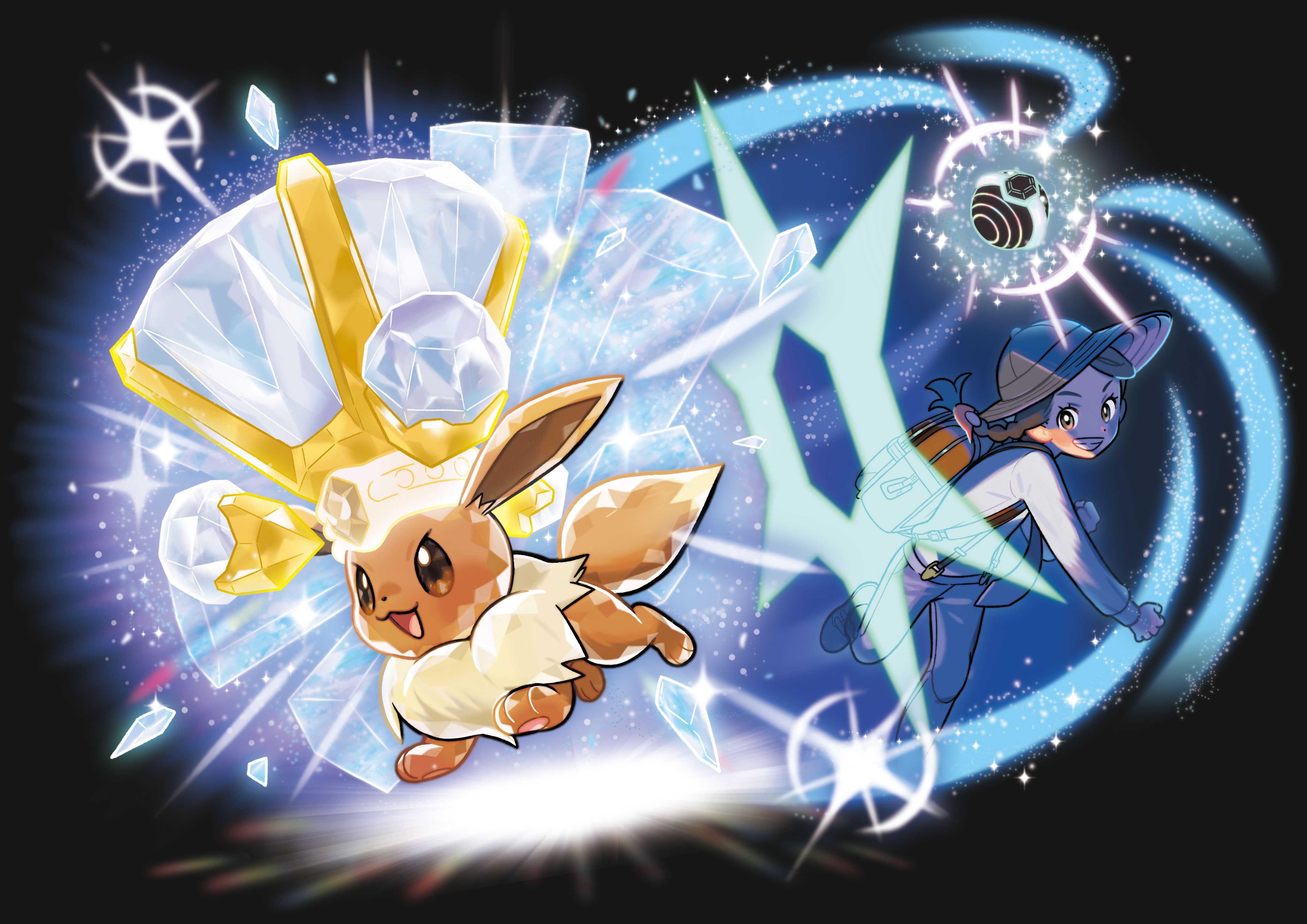 All Pokémon in Paldea can Terastallize, which involves an object known as a Tera Jewel appearing above the Pokémon’s head like a crown, after which the Pokémon’s body shines and glistens like a cut gemstone. Pokémon that Terastallize gain special powers, increasing the power of moves that match their Tera Type. A Pokémon's Tera Type is not directly linked to their regular types, though some types may be more or less common than others for some Pokémon. Pokémon whose regular type does not match their Tera Type will have their type changed to the Tera Type when they Terastallize, which will change their weaknesses as well.

Trainers can Terastallize a Pokémon once per battle, with the transformation lasting until the battle ends, similar to Mega Evolution. Players will need a Tera Orb to Terastallize a Pokémon, which then must be recharged before it can be used again. Players can charge their Tera Orb by touching crystals filled with Terastal energy, or by going to a Pokémon Center. How players will first acquire a Tera Orb has not yet been revealed, though the implication does appear to be that players will only have a single Tera Orb, rather than being able to carry a collection of them to use in back-to-back battles.

The exact amount of boost Pokémon receive when they Terastallize has not been stated, though presumably if this gimmick is meant to match those of recent generations, it would have to be more than simply changing or granting an additional same-type attack bonus. 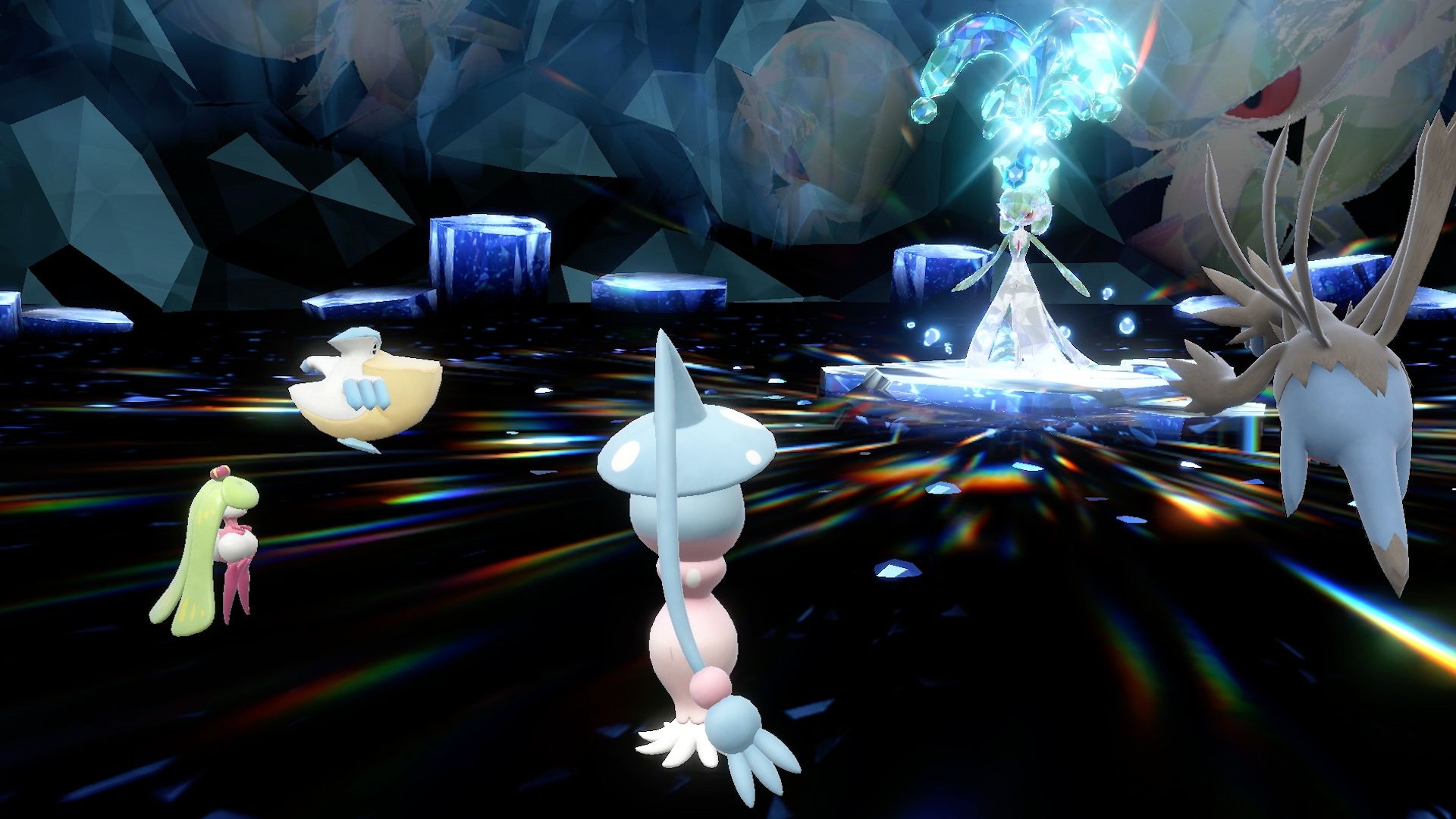 Poké Portal, Tera Raid Battles, and the Union Circle
Playing together with your friends has been a core part of the Pokémon franchise since the very beginning, and Pokémon Scarlet and Pokémon Violet continue this trend. The new game's equivalent of the Global Trade Station or the Y-Comm is known as the Poké Portal. Using the Poké Portal, players can engage in both Link Trades and Surprise Trades, just as in the previous generation's Pokémon Sword and Pokémon Shield games.

Tera Raid Battles are Pokémon Scarlet and Pokémon Violet's equivalent of the Max Raid Battles in Pokémon Sword and Pokémon Shield. By interacting with shining crystals that can be found in the overworld (seemingly the equivalent of Sword and Shield's Pokémon Dens), Trainers will be able to recruit other players for a Raid Battle against a Terastallized wild Pokémon. Unlike Max Raid Battles, Trainers will not need to wait for their teammates to choose their actions, allowing for much freer flowing gameplay. If the team is successful in defeating the Terastallized Pokémon within the time limit, all players will have the opportunity to catch it by throwing Poké Balls. Pokémon found in Tera Raid battles are more likely to have rarer Tera Types than those encountered elsewhere.

The biggest change to multiplayer comes in the new Union Circle feature. Using this, players can partner with up to three friends to adventure together throughout the region. While no firm information has been given on the limitations of the Union Circle as of yet, the function appears to be more similar to something like the multi-player in Animal Crossing, and it seems unlikely that players will be able to co-operate to complete the stories together. Instead, the announcement has focused more on features such as cheering on wild Pokémon battles, and relaxing together with your Pokémon.

Pokémon Past and Future
The presentation revealed two brand new Pokémon, as well as a Paldean regional form for an additional Pokémon. 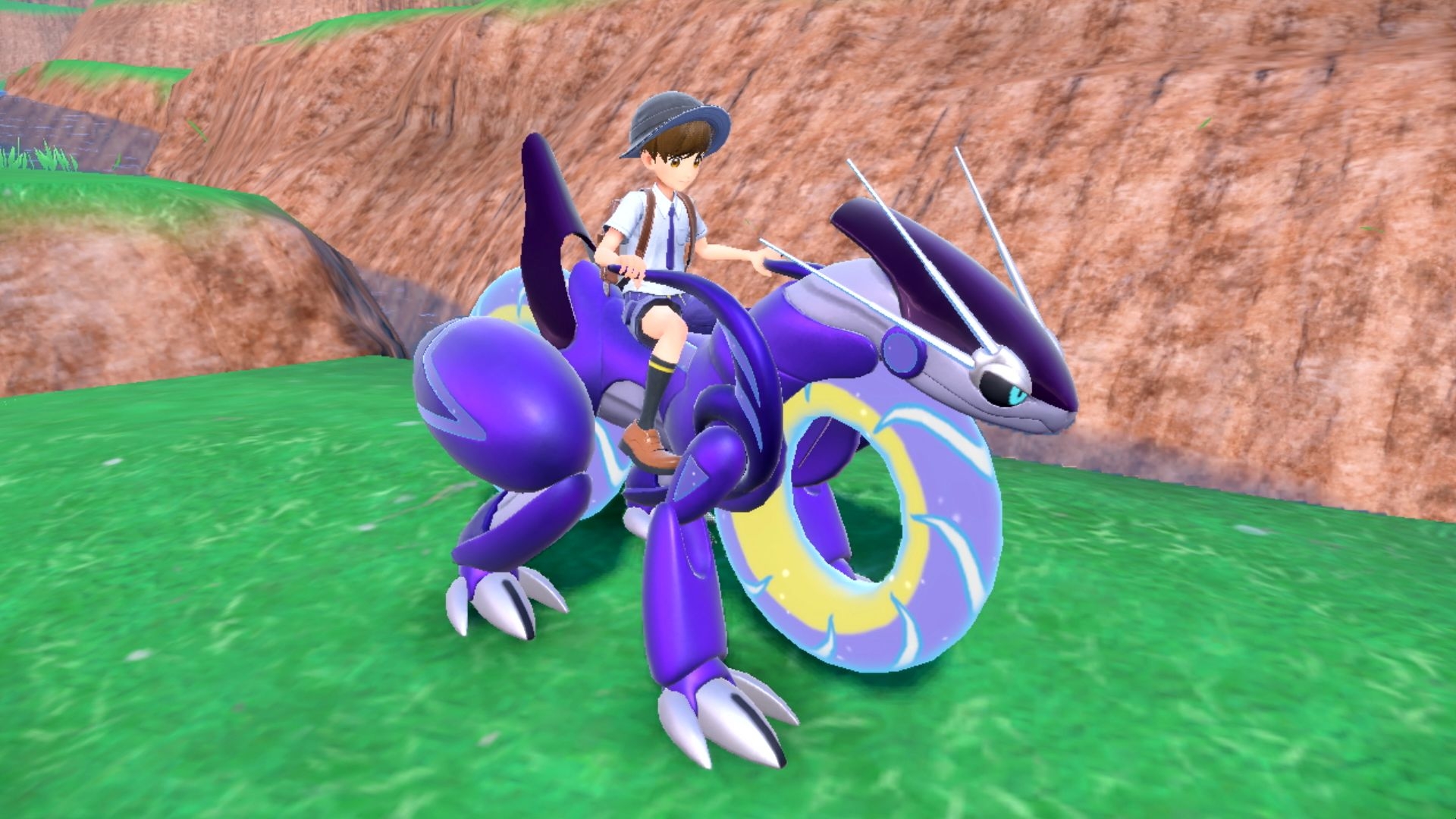 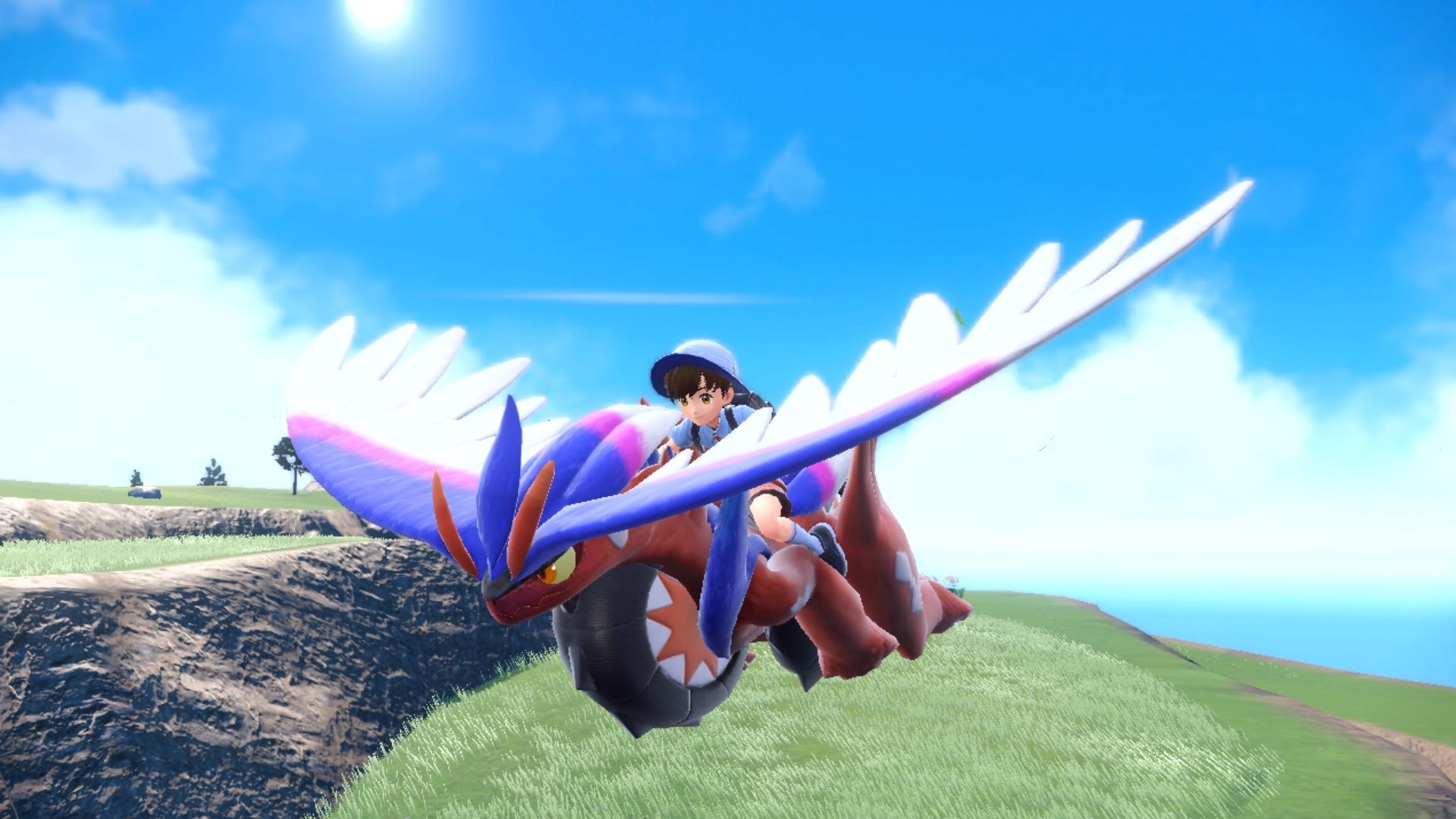 Also showcased in the video were new forms for the Legendary Pokémon Koraidon and Miraidon. These Pokémon have the ability to change their form for travelling over different types of terrain. 3 forms were shown in today's announcement, however it's been indicated that there are more forms yet to be revealed.
Finally, the following Pokémon from past generations are now confirmed to be available in the game, having been visible in the trailer, in screenshots distributed in the press pack, and/or in screenshots on the official website.
Four Pokémon are confirmed to be version-exclusive. They are Larvitar and Stonjourner in Pokémon Scarlet, and Bagon and Eiscue in Pokémon Violet.

Trainers of the Paldea region
A selection of Trainers, including classmates, teachers and a Gym Leader, were revealed for the first time during this presentation.


Pre-Orders and Early Purchase Bonus:
Pre-orders for Pokémon Scarlet and Pokémon Violet have already been available in retail stores for some time now, though those wanting the game digitally can now also pre-order on the Nintendo eShop. 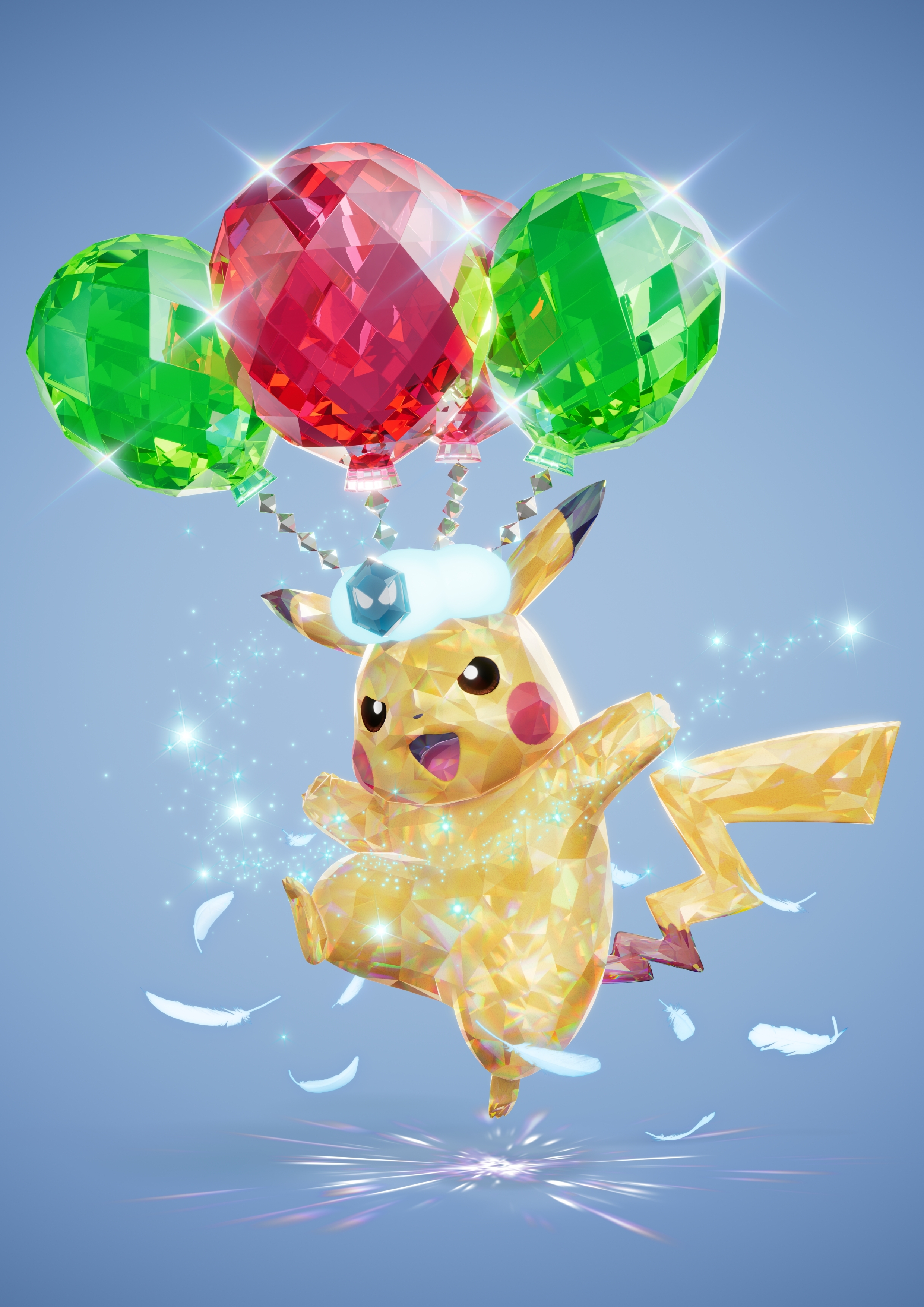 All early purchasers of Pokémon Scarlet or Pokémon Violet will receive a special in-game Pikachu as a gift. This Pikachu will be available until February 28th, 2023, via the in-game Mystery Gift feature, which players will be able to unlock within approximately one to two hours of gameplay. This Pikachu has two unique characteristics:
Players who download the digital versions of Pokémon Scarlet or Pokémon Violet from the Nintendo eShop by February 28th, 2023, will receive a serial code for a special Adventure Set, including the following items:
For those players who prefer to own their games physically, everyone who purchases the Pokémon Scarlet and Pokémon Violet Double Pack will receive two codes (one per game) in the box for 100 Poké Balls. Retailers are also expected to announce their own individual pre-order bonuses for those purchasing either the Double Pack, or individual games. We'll provide more updates on those once we have more details.
The Original Pokémon Wiki
40,000+ pages
Over 3m edits
Browse now
Community