Several cards banned from use at Pokémon World Championships 2022; 2023 season TCG rotation to begin in early 2023 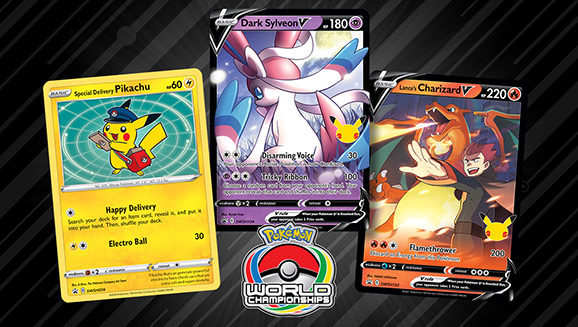 The Pokémon Company International and Play! Pokémon have announced that several cards will be banned from use in the upcoming 2022 Pokémon World Championships held in August in London. These bans are not being put in place due to any inherent balance issues with the cards themselves, but rather are being made to ensure a fair play environment due to certain cards having not received a worldwide distribution.

The banned cards include the following selection of SWSH Black Star Promos, and cards from Pokémon Futsal:
It has also been announced that unlike previous Standard format rotation seasons, which usually occurred in either August or September, the next rotation will not occur until early 2023. This means that cards with the "D" regulation mark are legal for use at the 2022 Pokémon World Championships. The newest expansion that will be legal for play at this event will be the Pokémon GO special expansion.

The exact date for the next Pokémon TCG Standard format rotation will be announced later, at which time all cards with the "D" regulation mark will be removed from the Standard format.
The Original Pokémon Wiki
40,000+ pages
Over 3m edits
Browse now
Community