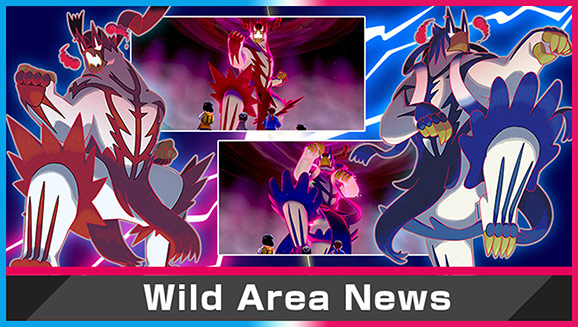 Celebrate the 2-year anniversary of the release of the Pokémon Sword and Pokémon Shield Expansion Pass The Isle of Armor with Gigantamax Urshifu (Single Strike Style) and Gigantamax Urshifu (Rapid Strike Style) appearing more frequently in Max Raid Battles in Pokémon Sword and Pokémon Shield through until June 19th, at 4:59pm (PDT). Trainers defeating them will receive valuable items not normally available from from Max Raid Battles.

To encounter these Pokémon in a Max Raid Battle, you'll need to connect your Nintendo Switch system to the internet through the Y-Comm or by selecting Mystery Gift in the X menu, then selecting Get the Wild Area News. After that, whenever you see a pillar of light shining from a Pokémon Den in the Wild Area, you can walk up to the Pokémon Den and interact with it to start a Max Raid Battle. This event does not affect the Pokémon encountered within Dynamax Adventures.
The Original Pokémon Wiki
40,000+ pages
Over 3m edits
Browse now
Community