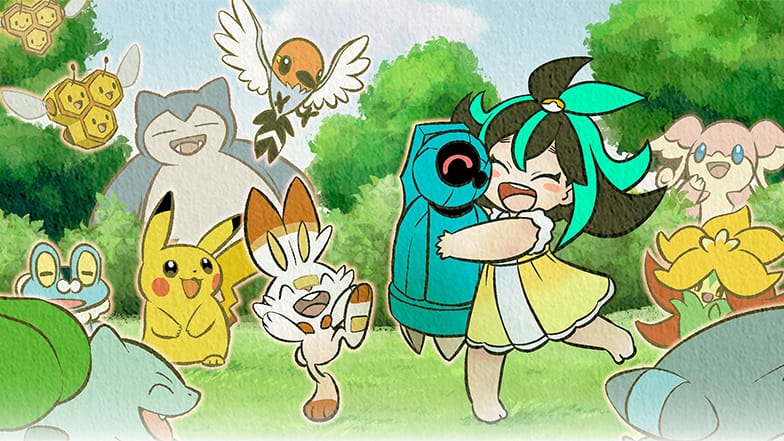 This week, The Pokémon Company and Pokémon UNITE have officially released in English the first two chapters of Pokémon UNITE - Come Over to Aeos Island!, a new manga series based on the Pokémon UNITE game developed by TiMi Studio Group. Like the games it's based on, the new manga has been made free for anyone to download.

The series is illustrated by Hitoshi Ariga, a professional artist best known to Pokémon fans for his work as an illustrator of Pokémon Trading Card Game cards since 2011, and as character designer for main series Pokémon titles since 2013's Pokémon X & Y. Outside of Pokémon, Ariga is known for his extensive work with the Megaman franchise, where he has illustrated numerous manga and artwork going back to 1994, as well as his work on the manga for The Big O franchise.

The series appears to be following a vignette format, with each chapter focusing on a different human character from Pokémon UNITE. The first chapter looks back on Professor Phorus's discovery of Aeos Energy and the establishment of Unite Battles, while the second chapter tells the origins of Holowear from the perspective of Zirco.

As of writing, the third chapter is listed as "Coming Soon", however no release dates or schedule have yet been announced.
The Original Pokémon Wiki
40,000+ pages
Over 3m edits
Browse now
Community