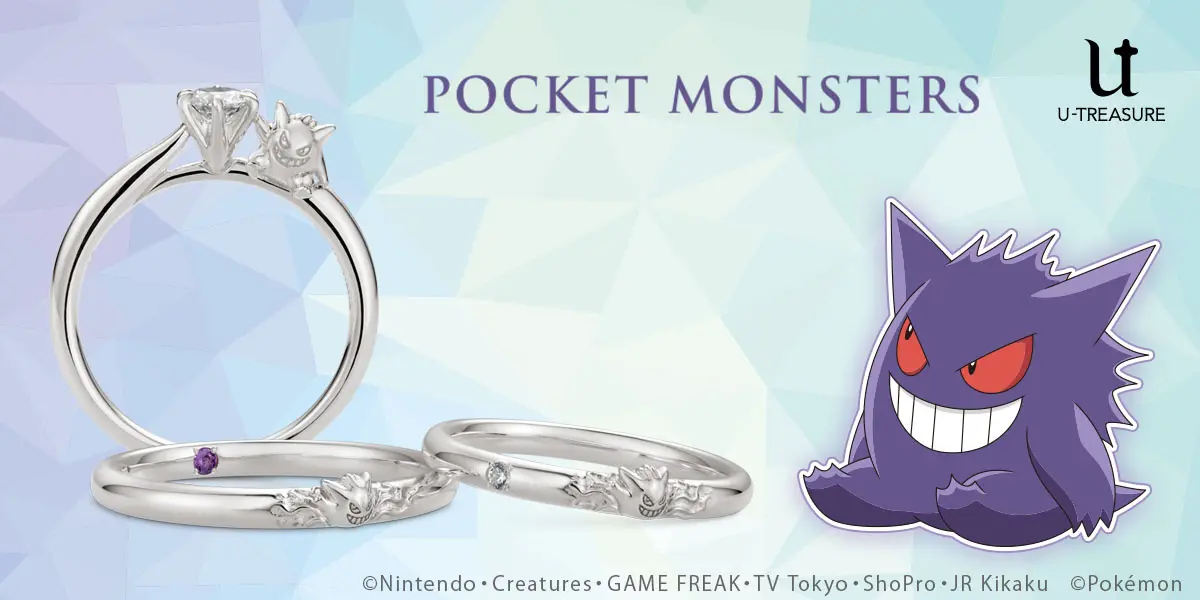 Earlier this month, the Japanese company U-TREASURE, who specialize in character-based jewelry, released a new set of rings in their Pokémon accessory line. The new rings feature a cute designs that showcase Gengar in mischievous poses. Both wedding and engagement rings are available. 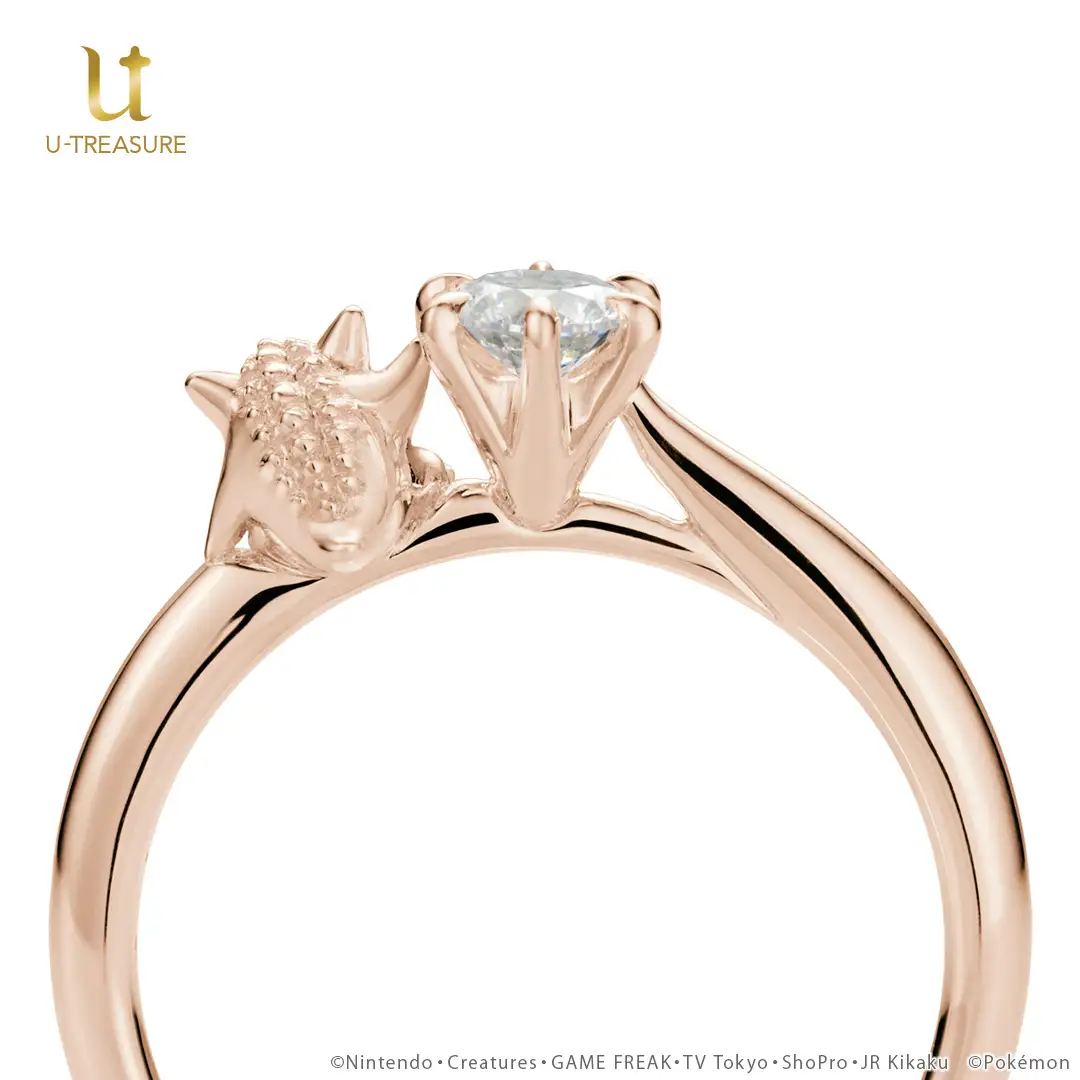 The most expensive of the engagement rings offered retails for 110,000 yen ($825.95 USD), and come with 18 karat white, yellow, rose gold, or 950 platinum bands, with the gemstone not included. A cheaper option with the same design of Gengar holding up the ring is also available; a silver band housing a Cubic zirconia gemstone (included) which retails for 37,400 yen ($308.89 USD).

The offered wedding rings are thinner and feature a Gengar that has "materialized from the darkness". Two versions are purchasable, the Clear version, which houses a small clear platinum stone in its' 18 karat gold band, and the Purple version, which houses an purple amethyst stone in the same 18 karat gold band. Both retail for 88,000 yen ($726.63 USD) and come in 18 karat white, yellow, rose gold, or 950 platinum bands, with the gemstones included. Until April 18th, the silver versions of the same ring will be available to reserve for a lower price of 19,800 yen ($163.50 USD).