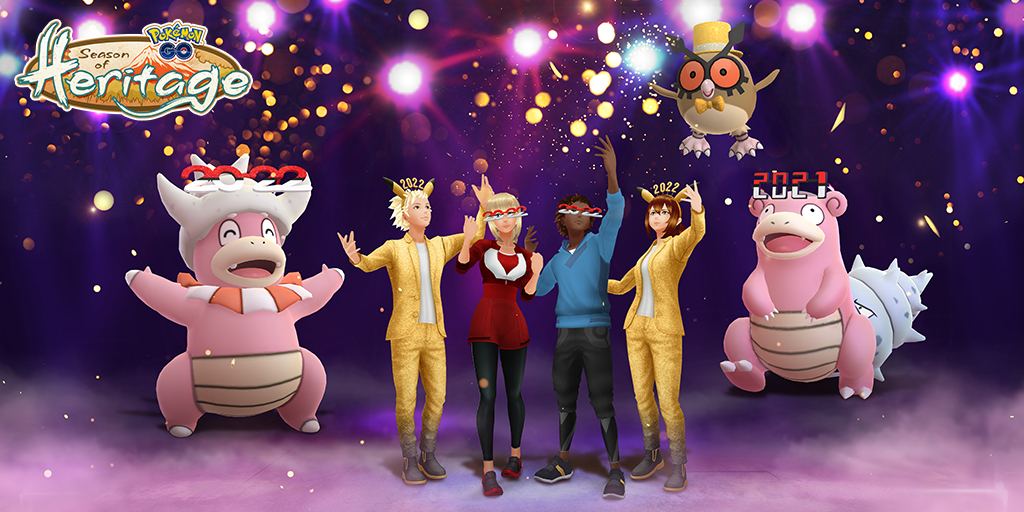 The New Year's 2022 event sees the release of the next part in Pokémon GO's Season of Heritage story. Following the gift exchange, Spark decides to throw a party to celebrate and bring in the New Year. Nearby Pokémon are intrigued by the festivities and drawn in to celebrate.

The following bonuses will be active throughout the event:
New Year's Avatar Items and Stickers
The following new avatar items will be available to purchase in the in-game shop beginning with this event and will continue to be available after the event ends:
New Year's–themed stickers can be obtained by spinning PokéStops, opening Gifts, and purchasing them from the in-game shop.