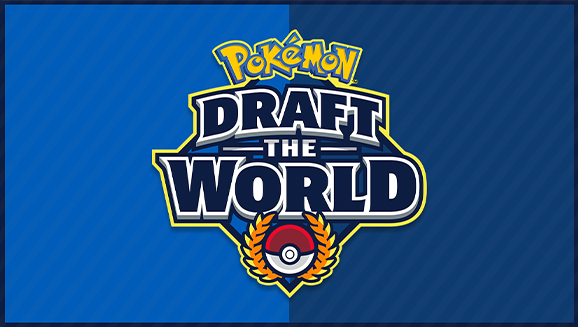 The Pokémon Company International has announced the Draft the World Pokémon TCG Tournament, an event spotlighting some of the best players in the world, and showcasing the best decks from the 2014–2019 Pokémon World Championships. This competition, which is part of the 25 years of Pokémon celebration, will take place on September 18 and 19, 2021, starting at 9 a.m. PDT each day. It will be streamed live on the official Pokémon Twitch channel.

The tournament will feature eight of the best Pokémon TCG players in the world reliving the best decks and matchups from past World Championships in a double-elimination-bracket extravaganza. Each round of the event will focus on a different World Championships, and all players will use exact copies of the decks that made it to the top tables that year. The players will draft the decks they will be playing before the tournament begins.

The competitors in the Draft the World tournament are:
The broadcast will last 8 hours on both days of the tournament. Day 1 will feature the draft and opening three rounds, which will include matches from both the winners and losers brackets. Day 2 will feature additional drafts and the final three rounds, which includes the Grand Final as well as interviews. Jeremy Jallen and Kyle Sabelhaus will provide the match commentary.
The Original Pokémon Wiki
40,000+ pages
Over 3m edits
Browse now
Community