Vaporeon appointed as official ambassador for Water Day in Japan 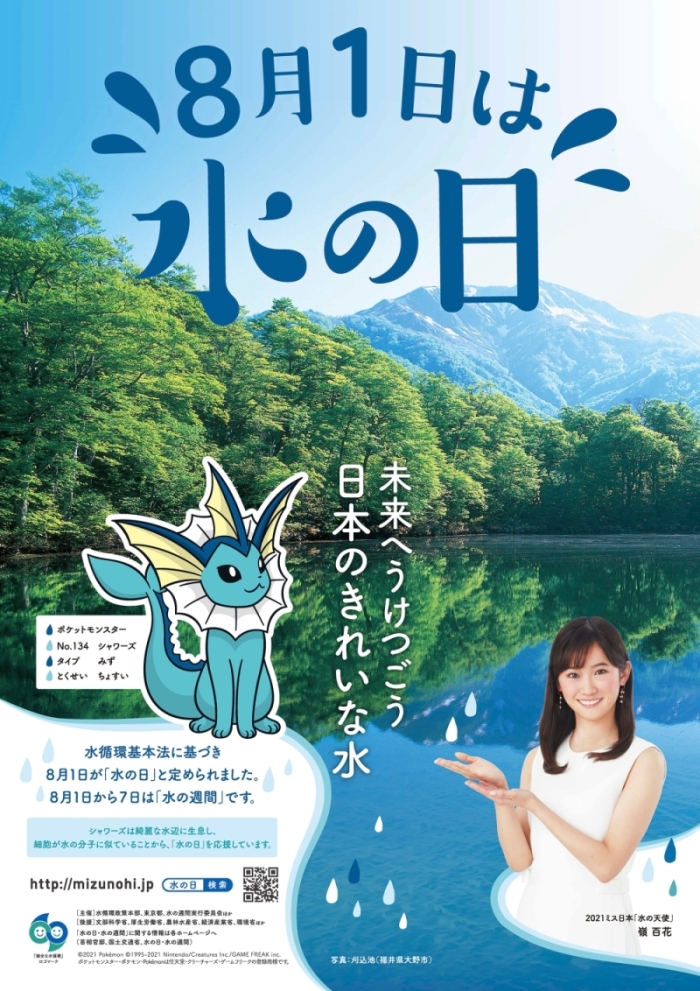 Pokémon characters have been used as mascots for a variety of campaigns in Japan for many years, perhaps most frequently in relation to regional tourism. This time, it's Vaporeon's turn to join the cast of Pokémon mascots, after they were named the official ambassador for Water Day by the Japanese Ministry of Land, Infrastructure, Transport and Tourism.


​
Water Day, on August 1st, was established in order to raise the public awareness of Japanese citizens of the water cycle, the value of water, and the importance of water resources development. Water Day marks the start of Water Week, in which various events to raise awareness of the importance of water are run in partnership every year between the Japanese national government, local governments, businesses, and local community groups.

As an ambassador for Water Day, Vaporeon will help to raise awareness of the day through its appearances in PR videos and other activities. Vaporeon was apparently chosen as an ambassador for Water Day based on the lore from its Pokédex entries, including that its usual habitat are clean, clear waters, and that the cells of its body have a structure similar to water molecules.
The Original Pokémon Wiki
40,000+ pages
Over 3m edits
Browse now
Community